Pune has been one of the worst-affected cities by the coronavirus outbreak in India. So far more than 15 positive cases of the novel coronavirus have been reported in the city which has been under lockdown like other major cities. The donation made by the former India skipper will be used to provide basic grocery essentials to the families of daily wage workers in the city.

The foundation has identified several families across Pune, who will be helped by Dhoni’s donation. A kit containing grocery essentials like soap, pulses, Rice, Atta, Oil, Grains, Pulses, Poha, biscuits, Tea, Sugar and spices will be provided to the families who are in desperate need of support in these testing times.

MS Dhoni’s wife Sakshi shared a message on her Instagram story urging people to donate to the foundation and help them support such families in Pune. Dhoni has been the highest donator so far in the fundraiser which has set a goal of achieving Rs 12, 50,000 for the noble cause. After the former captain’s donation, people have come forward and raised above Rs 12 lakh for the foundation. 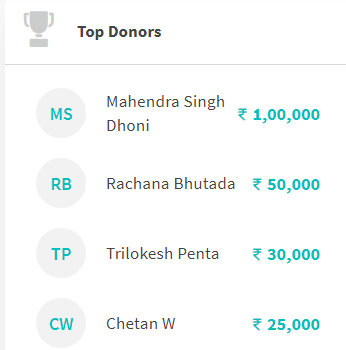 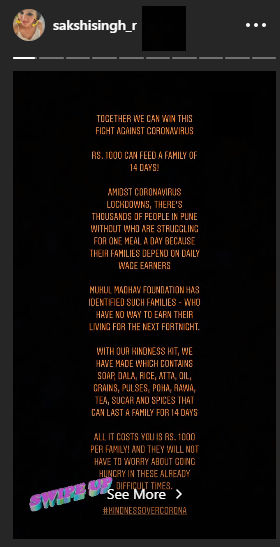 Apart from Dhoni, the likes of Sourav Ganguly, Pathan brothers – Irfan and Yusuf among others have also come forward to support people in the time of crisis. While Ganguly has pledged to donate rice worth Rs 50 lakh for the poor, Yusuf and Irfan donated face masks. Indian batsman Shikhar Dhawan has also donated to the Prime Minister’s relief fund and urged others to contribute.

The upcoming edition of the Indian Premier League is going to be a crucial one for Dhoni, who has not played for India since the 2019 World Cup last year. His performances in the tournament will make way for his return in the Indian team after a long gap of nearly a year. However, the fate of IPL hangs in a balance with the coronavirus pandemic far from over.

View all posts by admin →

Why this RBI survey has stirred a hornet’s nest